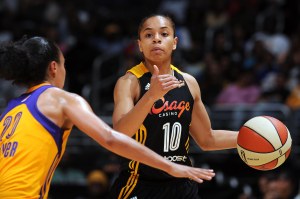 As rookie Angel Goodrich broke the huddle with her Tulsa Shock teammates and headed for the jump ball at center court to start the game, the crowd in the stands of the Bok Center waved signs and cheered. it was May 27, 2013, and many in the crowd were there to see Angel make history as the first Native American to start a WNBA game. Her fans, most of them seated on the Shock’s end of the court, wore t-shirts emblazoned with her name across the front. Angel only played 11 minutes that night, and she turned the ball over three times. but by midseason, she was starting regularly and handing out 5-6 assists per game. On Native American night in July, the stands were full of fans from many different tribes – not just Cherokee nation – there to cheer her on.
“I saw so many familiar faces tonight,” said the happy 5-4 guard after that midseason game. “I felt like i knew everyone in one section. It is definitely an honor to represent them.”

Angel, who was drafted 29th out of the University of Kansas, was not the first Native American to make it to the WNBA, but she is the first to crack a starting lineup. Ryneldi Becenti, a member of the Navajo tribe in Arizona, played one game for the Phoenix Sun in 1997 and Tahnee Robinson, a member of the Northern Cheyenne tribe in Wyoming, played exhibition games during the 2011 preseason for the Connecticut Sun before being cut.

To Native Americans — be they from the foothills of Oregon, the deserts of Arizona or the plains of Oklahoma — Goodrich’s rise to the elite women’s professional level, has been a break in the clouds after many years of playing in the shadows. The experience of Indian girls in some ways mirrored that of white girls, whose opportunities to play competitive basketball were hit or miss until the latter decades of the 20th century.

Had she not grown up in a different era, Fayth Goodrich Lewis could have risen to the heights her daughter has. Growing up in the town of Stillwell, OK, in the foothills of the Ozarks near the Arkansas border, Fayth dreamed of going to college and playing basketball. But that was in the late-60s, when girls still played six on six and leaving the reservation to attend college was financially out of the realm of possibilities. Instead, Fayth joined the Air Force, where she spent her time challenging her fellow recruits to basketball games. She was so good a shooter that she made it onto her squadron’s basketball team, the only woman. She also met her husband during her 10 years in the service, and had their three children, Zack, Angel, and Nikki before moving back to Stilwell. Fayth and her husband decided the sport would be their children’s ticket to college and off of the reservation. They allowed Zack and Angel to play one-on-one in the downstairs hallway of their little brick house and Angel was encouraged to play on the boys’ youth basketball teams with her brother, holding her own against the boys as she’d seen her mother do on the base in Arizona.

By eighth grade, Angel was already drawing the attention of recruiters. Fayth and her husband decided to send Angel to Sequoyah High School, the private Cherokee school in Talequah, about 25 miles to the west, where she proceeded to lead the team to three Class AAA state titles in four years. By her junior year, the Sequoyah girls were drawing Cherokee fans from as far away as Oregon, and the school built a new gynmasium to accommodate them. Still, college coaches seeking to recruit Angel had to call ahead to make sure tickets were reserved for them and their staffs. 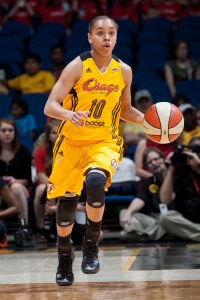 Angel also gained valuable experience in AAU ball, where Fayth coached both her and her sister to a Native American Invitational Tournament championship in 2008. Angel, ranked as the nation’s 50th best high school prospect (despite her 5-4 frame), chose the University of Kansas and, from her freshman year, was the team’s floor leader. When adversity struck, in the form of not one, but two ACL tears during her college career, Angel persevered with the help of her family. After the second one especially, she wanted to go home, to give up, to admit defeat. But she understood that she was a role model, not just for the Cherokee kids back home who dribble a ball and want to be like her, but for all Native Americans.

Angel also knew she was fulfilling her mother’s dream, and the dream of many Native American women who paved the way for her.
“My mom’s aways been around talking to me,” said Angel after her history-making game against the Sun in July, 2013. “She hasn’t missed a home game yet. I can hear her voice. I look in the stands and know what she would say. I think about her most of the time.” 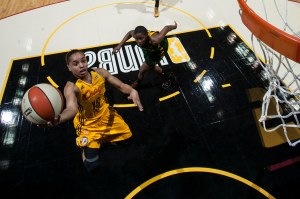 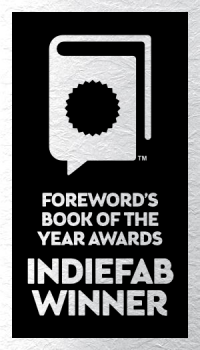 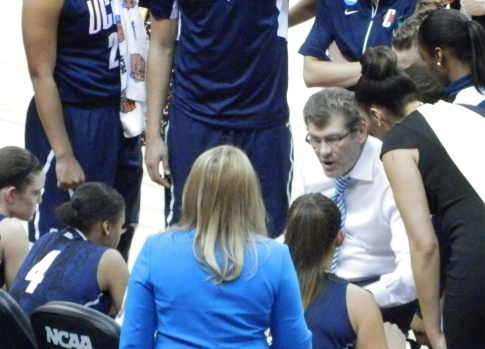 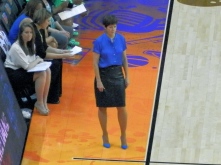 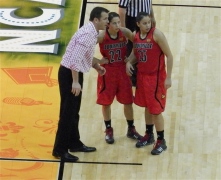 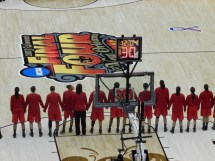 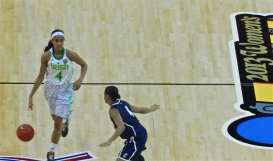 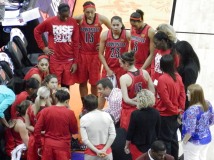 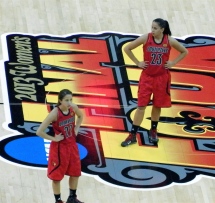 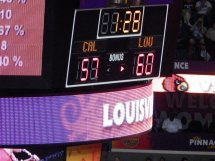 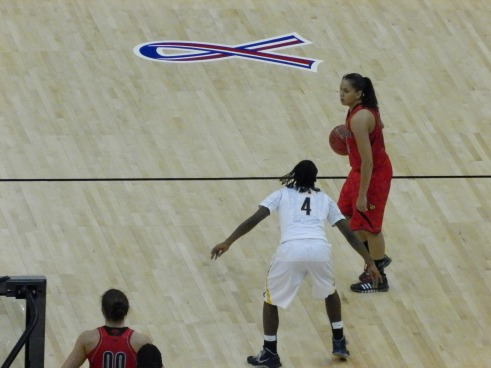 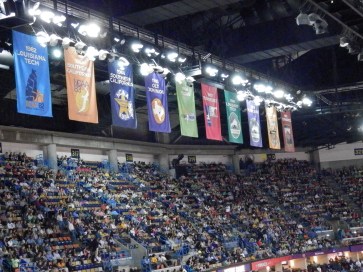 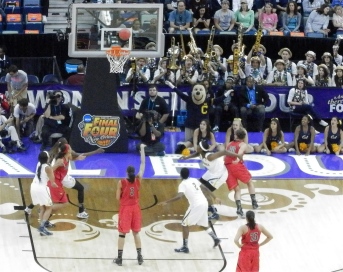 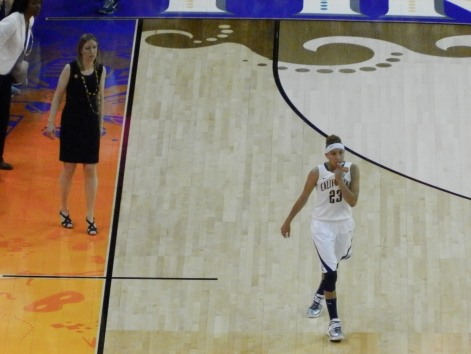 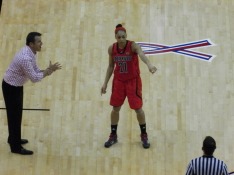 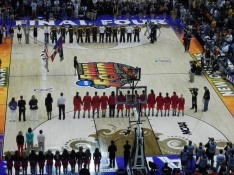